Get fresh music recommendations delivered to your inbox every Friday.

ALL YA NEEDS THAT NEGROCITY

by Burnt Sugar The Arkestra Chamber 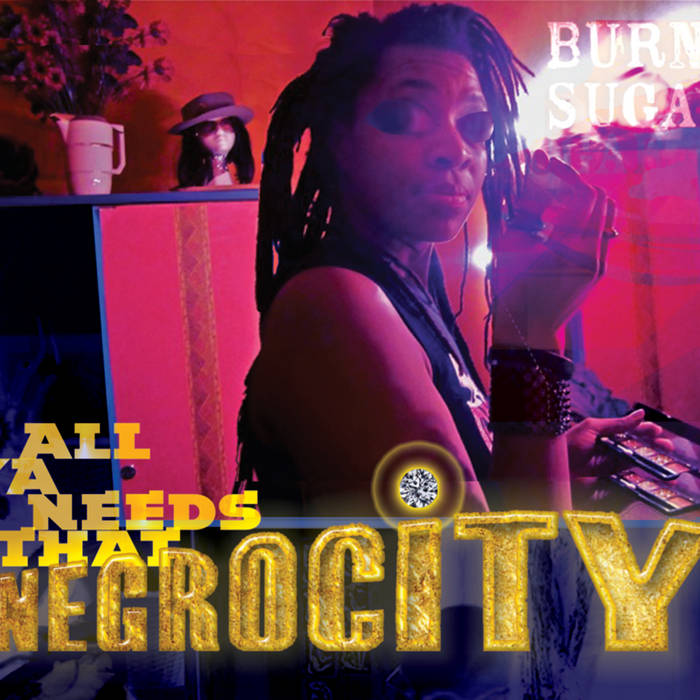 “You have to stretch your vocabulary to parse All Ya Needs That Negrocity, the pointedly titled 12th album from Burnt Sugar the Arkestra Chamber. Burnt Sugar is the sprawling, tribal band Village Voice writer Greg Tate (on guitar, lyrics and laptop) and bassist Jared Michael Nickerson founded in 1999. The New York-based ensemble scrambles genres, paying homage to everyone from Ellington to Sun Ra to Hendrix to Parliament-Funkadelic in the process. There’s more: As interpreted by vocalists Lisala and Maya Azucena, Astor Piazzolla’s “Libertango” soars and pops, Mazz Swift’s dervish violin giving it a stunning Gypsy overlay. Burnt Sugar may be a collective, and it’s a jam band for sure, but Tate and Nickerson’s production guarantees each player full power, and the group’s purpose is unmistakable: to shake things up, your booty included. Frees your mind, too: Check out the pungent sax interplay on “Bliques Haff Moor Funn,” also a showcase for “Sugar emeritus” pianist Vijay Iyer.” Carlo Wolff ~ JazzTimes

“Burnt Sugar, the provocative aggregate that was doing mashups before the term was even coined, returns with its most accessible offering. Greg Tate, the group’s ringleader, still emphasizes tex- tual ingenuity and controlled cacophony but the results are less murky and less derivative. During the band’s early years, Tate’s fascination with P-Funk, Miles Davis’ Bitches Brew and Butch Morris’ conductions often got the best of the ensemble, making the music loud and quizzical but wanting for a distinctive sound beyond its influences. By moving to the center and at times concentrating more on durable songs, Burnt Sugar is inching its way into its own thing.” John Murph ~ Downbeat

“Sonically and structurally grounded in jazz, Burnt Sugar’s latest album, All Ya Needs That Negrocity, continues the group’s tradition of exploding walls between genres. While there’s something for everyone here, the group’s commitment to idiosyncracy and hybridization runs deeper: they cite Duke Ellington, Sun Ra, and Parliament Funkadelic as influences, all artists who sampled freely from various genres of black music. For Burnt Sugar (founded by bassist Jared Michael Nick­er­son and Vil­lage Voice icon Greg Tate), constantly mixing genres is political, conscious subversion of the commodification of black music by the record industry. And it sounds good, too.

The funky jazz-inflected opener, “The Cold Sweat Variations,” and the smooth almost-pop sound of “Burning Crosses” are winners. The ethereal, sparsely-textured “Blique Strategems” is largely piano and electronics-driven, providing an aural rest from the album’s dense instrumentation. Finally, the entrancing “Throne of Blood 33 1/3 (Encrypted Vernacular)” is jazzy with a quiet hip hop undercurrent that, over its nearly 13 minute playing time, gives way to more and more electronic intrusion until the track dissolves into itself.”
David Lewis ~ BlackGrooves.org

BURNT SUGAR is a neo-tribal thang, aspiring to the condition of all that is molten, glacial, spacial, telepathic.
''A multiracial jam army that freestyles with cool telekinesis between the lustrous menace of Miles Davis’ On The Corner, the slash-and-om of 1970s King Crimson, and Jimi Hendrix’ moonwalk across side three of Electric Ladyland.”- David Fricke, Rolling Stone. ... more

Bandcamp Daily  your guide to the world of Bandcamp

Bonobo stops by to talk about his new record Fragments